Lung disease and lung cancer don’t discriminate. They affect almost 1 in 3 Australians from all walks of life, all who are equally worthy of care and support. It's easy to ignore the early signs of lung disease or lung cancer - putting it down to a sign you're getting older or lacking fitness. But knowing the signs and taking action could save your life. Read some real stories and complete the Lung Health Checklist below.

Award-winning artist, Jodee, was busy preparing for the arrival of her first child when her lung cancer diagnosis came.

She was experiencing breathlessness for several months but had put it down to her pregnancy and thought she was being a ‘wuss’.

Jodee said her symptoms progressed to where she could barely breathe while walking, and knew she had to get to her doctor. They initially thought it was asthma but when her breathlessness became so bad, she was rushed to hospital at 35 weeks pregnant.

“I was so shocked to be diagnosed with lung cancer. Being young and pregnant, it wasn’t something I had ever really considered,” Jodee said.

“Because they found it in time, I was able to get treatment before the cancer had progressed too far and now, I currently have no evidence of disease.

“I’m so glad I consulted my doctor and didn’t wait for the symptoms to go away on their own – I treasure the time I spend with my partner and beautiful daughter that could’ve so easily been cut short.” “It’s so easy – especially for people my age – to notice themselves becoming out of breath more easily and put it down to aging, but just get it checked because you never know what’s happening under the surface.”

Juile, 69, was always fit and sporty, so when she started to feel breathless while playing netball about 10 years ago she put it down to aging.

When Julie eventually went to get a chest x-ray, the doctor asked her “so, how long have you had COPD?”, assuming she had known for years. Julie was gutted.

Chronic Obstructive Pulmonary Disease, or COPD, is a chronic lung condition that causes narrowing of the bronchial tubes in the lungs which makes it difficult to breathe. While COPD is incurable, with the right diagnosis and treatment it can be well managed.

During a routine check, a cancerous tumour was found in Julie left lung. 6 weeks of radiation was successful. A few years later during another routine check, doctors again found a tumour – this time in her right lung. Due to her COPD, doing a biopsy was too risky, so they decided to err on the side of caution and undergo radiation again which was again successful.

Julie is now in remission and manages her COPD well.

“If I hadn’t already been getting regular scans for a separate condition, they would’ve never picked up on the tumours.”

“My doctors think that if I hadn’t been able to get treatment so early I would have been dead within 3 years.” 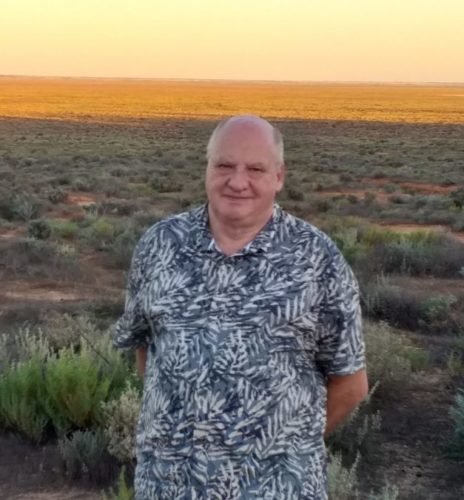 Gregory has lived with a lung condition know as bronchiectasis for most of his life, so when he became increasingly breathless and his cough worsened, he didn’t think much of it at first.

It was a few months later when Gregory was told he had Chronic Obstructive Pulmonary Disease, or COPD, which came as a total shock.

“I had never smoked so it really knocked me to hear I had COPD, because I’d always thought of it as a ‘smoker’s disease’,” Gregory said.

He wants people to stop ignoring symptoms or assuming you know why you have them and see a doctor to find out for sure.

“There’s no point in trying to diagnose yourself. I would tell people to just go get your lungs checked because you never really know what’s happening under the surface.” 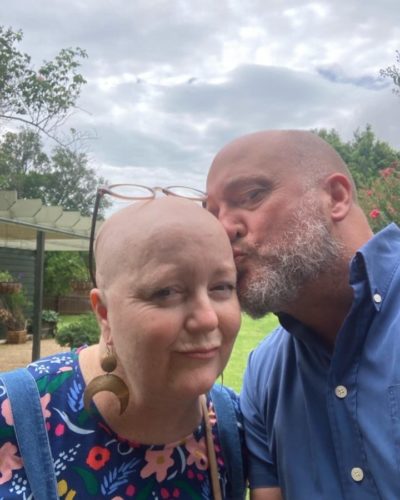 Mum of three Carolyn was experiencing breathlessness for 12 months before she decided to get checked by a doctor – but it was 12 months too long.

“I was working in a stressful job during COVID, so I honestly just thought my symptoms were anxiety-related, and I didn’t think anything more of it,” Carolyn said.

Carolyn ignored her symptoms for 12 months until she couldn’t walk properly and thought – “I’m unfit but not that unfit!”.

“I was diagnosed with stage 4 lung cancer and, as a non-smoker, it completely floored me.

“I put so much at stake by delaying my doctor visit – my husband and three boys have been so wonderful but it’s so hard on them.

“Please don’t hesitate. Be brave and check your lungs as soon as you feel something off. If I had done it earlier, I would have been able to be cured.” 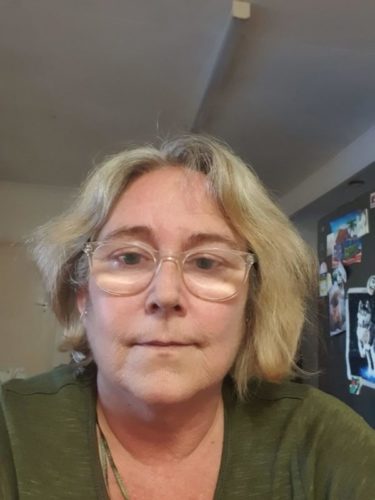 Karen Wilson was suffering a persistent cough coupled with breathlessness that interfered with her day-to-day tasks, but assumed it was just a symptom of her asthma she’d had since her teenage years.

After a visit to her GP, a chest x-ray, and some lung function tests, she was shocked to eventually be diagnosed with COPD, but thankful – she knew the outcome would have been very different for her had she not had her symptoms investigated.

She has a strong message to give to others who are in the same position she was.

“Don’t mess around and try to diagnose yourself. Be proactive, get onto it, and get checked,” Karen said.

“You can tell yourself it’s not a big deal, but all the while your disease could be getting worse without you even realising.”

"If you feel something is unusual waste no time in asking your doctor for scans."

"The sooner you get symptoms checked the sooner you will start along the correct path of treatment and feeling healthy and well again."

"Don't delay, get your lungs checked when you first start experiencing symptoms."

"Listen to your body. Check out things when is doesn’t feel right."

"Don't wait, a persistent cough or chest infection may be signs of a more serious illness."

"Lungs are so important, we need to breathe, never take your health for granted."

"Please don’t think twice about asking for an X-ray. Don’t let the doctors question your request. "

"No matter how little you think a symptom is ultimately if it’s not normal for you go and seek a GPs opinion."

"Don't leave getting diagnosed as early diagnoses gives you a better chance of arresting the progression of the disease."