Protect: Prevention is your best protection

As a result of COVID-19 (coronavirus), we are not facing a ‘normal’ flu season. This year, it’s more important than ever for Australia’s vulnerable community members, including those impacted by lung disease and lung cancer, to get immunised against influenza and ensure their pneumonia vaccination is up to date.

These vaccines won’t combat COVID-19 but they will help to reduce the severity and spread of influenza and pneumonia which alone can have a detrimental impact on our vulnerable community members. Now more than ever we need to protect against these conditions to help reduce additional strain on health resources which are needed to fight COVID-19. 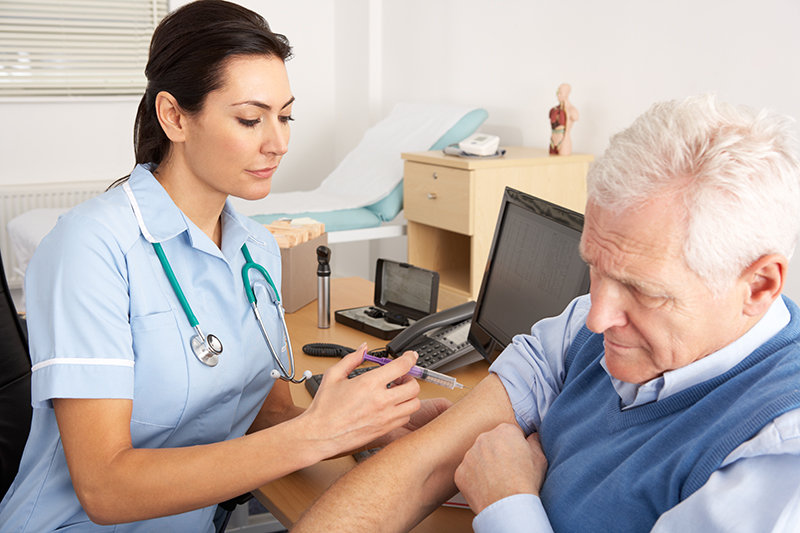 Protect yourself this winter

If you’re self-isolating you might not consider these vaccinations necessary, however it’s important to remember that you may have to go out in the community for essential activities, so prevention is your best protection. There are currently very few cases of community spread COVID-19, so now is the best time to make an appointment to get these vaccinations to protect yourself for the months ahead.

Please rest assured that most GP practices have special measures in place to protect vulnerable community members from exposure to COVID-19, with some also offering extended hours and at-home visiting services for particularly vulnerable groups. Please ensure you call ahead to ask what measures are in place at your clinic and if you’re eligible for any other services they may be offering.

Pharmacists can also provide influenza vaccinations, however eligibility criteria will apply and not all pharmacies have access to the free national immunisation program vaccines. Please contact your local pharmacy for more information.

Influenza, commonly referred to as the flu, is an infection caused by a virus. It is spread from person-to-person by tiny drops produced during a cough or sneeze and by hand-to-hand contact. The common cold is often mistakenly called the “flu”, however the common cold is rarely due to the influenza virus. True influenza causes a much more severe illness than a cold.

Who is at risk of the flu?

The flu can affect people of all ages. Those at highest risk of being hospitalised with the flu include:

People living with lung disease are at risk of experiencing a serious case of the flu so vaccinating against the virus each year is very important.

Who should get a flu vaccination?

An annual flu vaccination is recommended for all persons aged 6 months and over, unless contraindicated. Remember the strains of flu constantly change so a new vaccination is required each year to ensure protection.

Anyone who wants to protect themselves against the virus should speak to their doctor about getting immunised, particularly those identified above as at-risk.

When should you get a flu vaccination?

Vaccinating from April provides protection before peak flu season with no requirement for a booster later in the year.

Optimal protection against the flu occurs within the first three to four months following vaccination so the vaccination should be timed to achieve the highest level of protection during peak flu season, which is usually between June to September in most parts of Australia.

Who is eligible for a free flu vaccination?

Under the National Immunisation Program, people aged over 6 months with chronic lung disease are eligible for a free flu vaccination. In addition, the following groups are eligible due to their increased risk of complications from the flu:

Will getting a flu vaccination prevent COVID-19?

The flu vaccination will not protect you from contracting COVID-19, but it will help reduce the severity of seasonal influenza, which can lower a person’s immunity and make them susceptible to other illnesses.

Find out more about flu

Pneumonia is a common and potentially fatal lung infection that should not be underestimated. It can be caused by viruses, bacteria or fungi. During normal respiration, air travels through the lungs to the alveoli or air sacs. Pneumonia results when air sacs in the lungs fill with secretions and fluids that obstruct normal air flow. There are many types of pneumonia, one of the most common and life-threatening types is pneumococcal pneumonia.

People with chronic lung conditions have an increased risk of developing pneumonia because infections are more common when the lungs are already weakened. You may have more severe symptoms and are at higher risk for hospitalisation. It can also take you longer to recover and you are more likely to develop serious complications from the infection.

Who is at risk of pneumonia?

Pneumonia can affect people of all ages, but those at a higher risk include:

Who should get a pneumonia vaccination?

Speak with your treating healthcare team to determine whether you should get the pneumonia vaccination.

A pneumonia vaccination is recommended for the following groups:

Who is eligible for a free pneumonia vaccination?

As of 1 July 2020, the National Immunisation Program schedule has changed to improve protection against pneumococcal disease. For information on these changes, click here.

Will getting a pneumonia vaccination prevent COVID-19?

The pneumonia vaccination will not protect you from contracting COVID-19, but it will help reduce the severity of pneumonia, which can lower a person’s immunity and make them susceptible to other illnesses.

Find out more about pneumonia